As a German-American attorney and an AV® Preeminent™ Peer Rated lawyer, Mr. Kochinke advises on domestic and international issues, fre­quently in the technology fields and in relations bet­ween, or with, govern­ments. Now its managing partner, he has practiced with the international law firm of Berliner Corcoran & Rowe LLP since 1984.

Fully qualified as an American lawyer and a German Rechts­anwalt, he has testified as an expert on international law and assisted clients in American and multi­national transactions, litigation, arbitration and mediation.

Clemens Kochinke has a diverse international law practice, into which he ties the experts at BCR in corporate, construction, em­ployment, export control, OFAC and ITAR, white collar, compliance, de­fense litigation as well as other legal fields. With admissions to the DC and German bars -- after law school and training in Washington, London, Heidelberg, Berlin and Malta, -- he assists mostly cor­porations from the United States and German-speaking countries in United States legal matters as well as U.S. clients in foreign matters.

Early in his career, Mr. Kochinke practiced in areas now known as international compliance, ranging from anti-corruption and anti-money-laundering to export controls. These are now the focus of two highly regarded departments at his law firm.

Two major publishers released his chapters on inter­national negotiations in two books, written from the perspective of German clients doing business in the USA and of American lawyers advising on transactions in Germany. Chapters in earlier books ranged from computer law to international investment and compliance laws.

Among others, Salon, Slate, and the dominant German daily TV news program Tagesschau interviewed Mr. Kochinke recently on matters of international law. In July 2014, NPR quoted him in Lowe, Deploying Drones To Get An Overview Of Factory Farms. In 2015, CBS radio stations, newspapers, Agence France Press and others interviewed him on the law of civil drones. (Headshots)

Among his professional and volunteer affiliations and activities, Mr. Kochinke publishes the Embassy Law journal, now 15 years on the internet, and Drone Law. Lawyers active in German-American transactions may want to read his reports on current develop­ments in German law in English and American law in German. 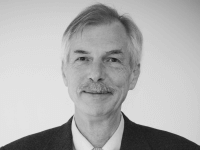 Director on board of U.S. and Canadian public and private companies, mostly in IT (various terms).